Yolanda Colorado, Chair
Yolanda is a Registered Nurse with an MBA working in the community and is the parent of two alumni of the SFYSA.  She became a board member and an avid volunteer for the Mozart & Mariachi program (now the Elementary Strings Program) in 2003.  She stepped off the board once her daughters graduated, but is gladly rejoining because of her enjoyment of music and the wonderful effect it has on young children.  She thoroughly enjoyed the work she was involved in with SFYSA the first time around and would like to give back for all the valuable experiences her daughters enjoyed. 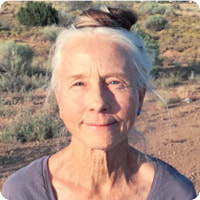 Susan Steffy, Secretary
Susan joined the board in 1999 after her son, Jesse, graduated the Youth Symphony Orchestra after participating in the orchestra its first five years. Her first task as a new board member was to help launch the “Little Mozart” (now Elementary Strings) string instruction program in the public schools and was excited to see the students’ enthusiasm for this opportunity. Watching the students develop into skilled musicians and mature young people continues to thrill her and brings meaning to her commitment to the work of SFYSA. She has lived in the Santa Fe area since 1976 working both as a fine art photographer and as a massage therapist. 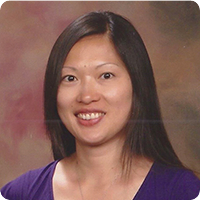 Mei Hui Chen, Treasurer
​Mei H Chen and her husband Joseph Chang moved to Santa Fe in 2018 with their two kids, Lilah and Lexton (both violin players). Before living in Santa Fe, the family lived in Texas, New York, Shanghai, China, and California. Mei is an advocate of whole-person approach education and truly believes that music is an integral part of bringing a balanced lifestyle to a child, especially when music is shared in a group setting that promotes diligent teamwork. A mission also shared by SFYSA. She hopes to share her passion for music with young kids and make playing music more accessible.
Before becoming a full-time mom, Mei worked in the finance sector and holds an MBA in Finance & Investment and MS in Accounting. 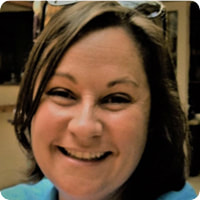 Rebecca Ferber, Member
Born and raised in Santa Fe, Rebecca is proud to have Northern New Mexico as her home and part of her heritage. She is a registered nurse, practicing and providing care in the field of hospice for the last eight years. She is honored to be part of the communities she serves, and feels deeply connected to the people of Santa Fe and surrounding areas. Rebecca graduated with a Bachelor’s degree of Animal Science from Colorado State University, and some time later, and via a slightly different path, received her Nursing Associate’s degree and licensure through the Santa Fe Community College. She is married to her high school sweetheart, and together, they have two vivacious daughters. With her own time, Rebecca enjoys road biking, camping, backpacking, gardening, raising chickens and spending time being, learning and laughing with her family. And although with only a limited musical background of her own, playing the flute as a teenager and young adult, Rebecca is honored to be part of the SFYSA. 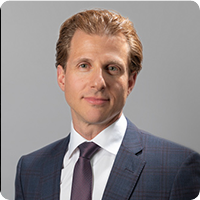 Lee Rand, Member
Lee Rand and his wife, Joohee Rand are the parents of Luke (violin) and Jaden (cello). Lee enjoys actively working to support the SFYSA and the vision of the entire dedicated team. “The SFYSA enriches the lives of children and families in the Santa Fe community and it is an honor to support that effort and give back a little bit of what our family has received.”   Professionally Lee is a Partner at Sun Mountain Capital and has spent his career starting, managing or investing in technology businesses.  He has an MBA and a dual BA in computer science and mathematics with a minor in English and Native American studies.  In his free time, he enjoys skiing and biking with the family and traveling as much as possible. 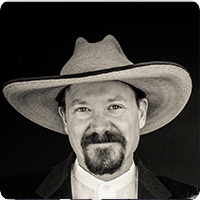 Don O'Sullivan, Member
​is a husband and father of three young violinists. Don has witnessed the emotional and intellectual benefits of music in his children's lives having spent countless hours supporting practice, rehearsals, and recitals (and yes, sometimes it is very hard work).
Don is honored to serve the community by supporting the Santa Fe Youth Symphony Association, as it and its staff, are a treasure for northern New Mexico and its youth. Professionally, Don is a Program Manager at a national laboratory and a long-time national security professional, serving in a wide variety of management and leadership roles. He has a Ph.D. in mechanical design focused on acoustics and vibration, dual master degrees in Mechanical Engineering and Technology Policy, and dual bachelor degrees in Mechanical Engineering and Russian. Don is an avid skier and mountain biker, whose athletic ambitions often exceed his abilities.

Clinton Huling, Member
Clinton’s passion for music blossomed during his mixtape era in middle school while playing the alto saxophone. He continued on to orchestra and marching band while regularly attending symphony and chamber music concerts with his family. A flair for music history and curation led him to Inaudible Productions in Los Angeles which represents the James Brown and Rolling Stones catalogs. With almost two decades in film and television development and music supervision, Clint reset in Santa Fe chasing a love interest and a passion for the outdoors. Shortly thereafter he started producing concerts and music festivals tailor made for the southern Rocky Mountain landscape of New Mexico. Now the Vice President of A&R for Panthr, a digital music streaming platform. Clint shares his passion for music with his wife and two kids who have been raised “in stereo.” He takes advantage of the plentiful live music offerings Santa Fe has to offer, attending the Santa Fe Opera, Santa Fe Desert Chorale and Baroque Christmas concerts annually. He appreciates the abundance of benefits to the human mind and body, cognition and sense of self that playing and listening to an instrument fosters. His contacts near and far along creative thinking bring expanded opportunities for the SFYSA's talents.
©2019 Santa Fe Youth Symphony Association | Mailing Address: 1000 Cordova Pl #190, Santa Fe, NM 87505 | Located at 422 Medico Lane, Santa Fe, NM 87505 | 505-672-5565